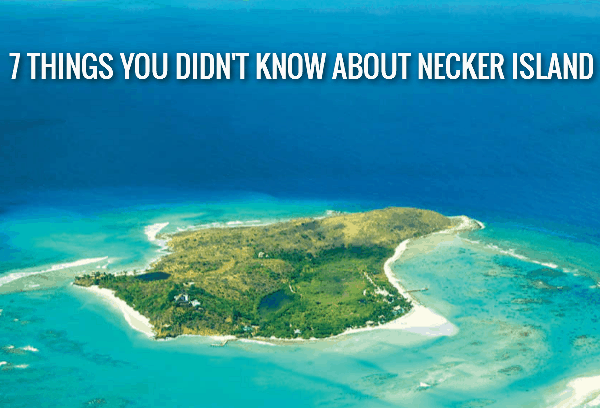 We’re adding new properties everyday here at Rental Escapes, but few have managed to gain the kind of office hype Necker Island has. The private-island resort, famously owned by Virgin founder Richard Branson, has everyone in the office talking (and secretly scrambling to find a way to convince their managers and directors that they must visit for informational purposes). Personally, I’ve been doing a ton of research on it in the hopes of being sent down to do a first-person, Robinson Crusoe-style travelogue about being alone on a private island, because journalism. Here’s what I’ve learned: Don’t worry, you can leave the volleyball at home – unlike Tom Hanks in Castaway, you won’t need a Wilson to stop you from going mad. That’s because Necker Island has over 100 passionate staff members, dedicated to making your trip unforgettable. Rather than usual chef-butler-housemaids combo, the staff reflects what makes Necker Island so special. They include a chief engineer and wildlife conservation manager, a testament to the island’s dedication to sustainability, a guest services manager whose responsibility is making guests’ dreams come true, a water-sports team responsible for over 16 different activities, and much, much more. Necker Island basically has the infrastructure of a full-scale, all-inclusive resort, which is impressive considering that most of the time it’s rented to one group only.

As a private island, it’s only normal that Necker Island is usually rented out privately. However, a few times a year, guests from around the world can come to Necker Island and rent one room only, turning it one giant house (island?) party. They’re called Celebration Weeks, and they’re your chance to enjoy Necker Island without having to pay $78,000/night. The whole month of September is basically one Celebration Week after another (the week of the 3rd, 10th, 17th, and 24th, with the last two being adults only), while October has three Celebration Weeks of its own (the weeks of the 1st, 15th, and 22nd). Guests still get all the usual amenities, including having all their meals and beverages covered and having access to all of the island’s activities, except the rates are much lower (they start at $16,460 per couple for 4 nights in one of the Great House rooms, or $29,960 per couple for 7 nights). It’s a great way to experience the island and meet other interesting travelers – think of it as a throwback to your hostel days, except in a really, really, ridiculously good-looking hostel. 3. Richard Branson Only Paid $180K for the Island

On that note, you may be surprised to learn that the cost for the island itself was less than the cost of purchasing your average hostel (or your average home, for that matter). The story goes something like this – the island was originally owned by Lord Cobham, who wanted a clean $5 million for it. When a 28 year-old Bronson low-balled him with a $100K offer, he was promptly evicted from the island like a contestant on Survivor: Virgin Gorda. The capital-strapped Cobham reconsidered, though, and eventually settled on $180,000. Due to BVI law, which states that privately-purchased islands must be developed into resorts, Branson then had to drop another $10 million into building up the island’s facilities. Still, he’s been quoted as calling it the best deal he’s ever made. 4. You May Get to Have Lunch with a Knight

Hey, if it was your island, you’d probably spend a lot of time there too. And much as we love our villa owners here at Rental Escapes, we can’t guarantee guests would be too pleased if the owner kept crashing their party. Unless, of course, that owner is Sir Richard Branson, whose been known to delightfully surprise guests by joining them for lunch, tennis matches, and water sports (on a side note, you know you’ve been watching/reading too much Game of Thrones when you keep typing Ser Richard Branson by accident). 5. It Has 9 Separate Villas

When you’re paying $78K/night for a private island, private rooms just aren’t enough, even if they have en-suite bathrooms. That’s why Necker Island is home to not one, not two, but nine individual villas. These range from the 9-bedroom Great House to the 6 Balinese villas that dot the island, including the romantic Bali Cliff, perched out on the edge of the island, as well as the coveted Temple House and Love Temple in the middle of the island. No need to draw straws, though – all the villas have a similar Balinese style, are designed to maximize appreciation of the gorgeous landscape, and come equipped with all the highest-end amenities. Except for the adults-only Celebration Weeks (which, as mentioned, are less than half of all Celebration Weeks), Necker Island is totally kid-friendly.  For example, the Great House has a bunk room that accommodates 6 children, and there’s a huge entertainment center that makes for a perfect distraction while the adults get to enjoy the roof-top hot tub. Don’t be surprised if the kids learn to play piano or snooker by the time you get back. Want to relax by Turtle Beach all day? Boring, but no worries – maybe you’ll get to spot a tortoise or a pink flamingo. Want to participate in Beach Olympics or a tennis tournament then eat sushi off a floating, decorated canoe? Now we’re talking. Guests are free to mix and match their choice of kite surfing (an island favorite, given the favorable conditions and patient instructors), water-skiing, wakeboarding, sailing, windsurfing, paddleboarding, snorkeling, SCUBA diving, zip lining, nature hikes, Pilates, a host of spa treatments, different theme nights like UV Night, Casino Night, Moroccan Night, Disco Fever Night, and Beach Party Night, and excursions like trips to The Baths in Virgin Gorda or Anegada Island (home to the third biggest barrier reef in the world), a cruise around the BVI, or golf on USVI’s famous Mahogany Run course. Admit it – lounging by the beach doesn’t seem quite so exciting anymore, does it?

Take a chance and see our luxury villa rentals on Necker Island!