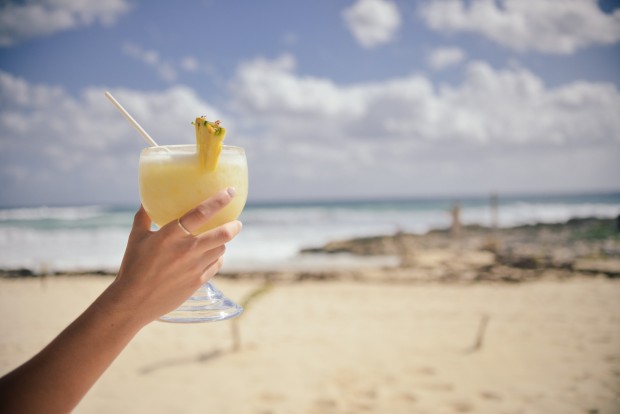 As we say goodbye to Winter and look forward to Summer evenings we can’t help but think about sipping some delicious Caribbean inspired cocktails. Although we would never say no to some cold beers by the beach, we wanted to touch upon our more spirited approach to life. Thus, we’ve compiled this list of five great sip-by-the-surf (or turf!) cocktails. There’s something for everyone on our list: bitter, sweet, salty, sour, on the rocks, shaken, or stirred. 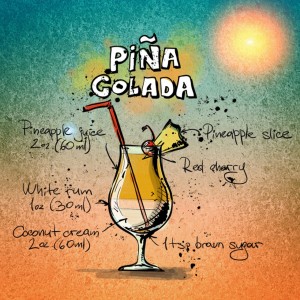 The pineapple, coconut, and rum cocktail known as the Piña Colada is a timeless libation for all beach dwellers. Today, the signature sweet and tasty cocktail is sipped all over the world, but somehow always tastes better when you’re lying on the beach. So if you’re at the beach, pool or hosting a luau this Summer make sure you have a Piña Colada.

Fun Fact: The Piña Colada has been the national drink of Puerto Rico since 1978. 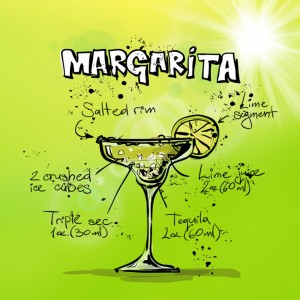 Margarita? Yes, please! The origins of the Margarita are a hotly disputed subject but the taste of this tangy cocktail is not. The tart blend of tequila, cointreau, and lime juice in a glass rimmed with salt has become synonymous with Mexico and hot salsa nights.

Dark & Stormy
Don’t let the name fool you, this Caribbean inspired cocktail is perfect for warm Summer nights with friends and family. Made with Rum, ginger beer and lime the smooth taste will leave feeling refreshed and geared up for some serious fun all night long.

Fun Fact: The cocktail’s moniker was allegedly given by a British soldier who observed that the drink resembled “the color of a cloud that only a fool or a dead man would sail under.” 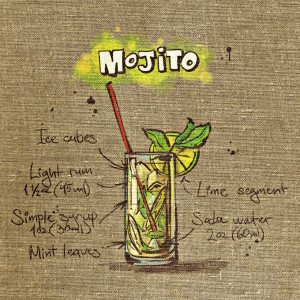 Irresistibly fresh and punchy, this authentic cocktail combines a healthy dose of mint and rum (with a few other key ingredients). The Mojito is one of Cuba’s oldest (and most popular) drinks, it’s rumored to have been a favorite of famed pirate Sir Richard Drake and the author Ernest Hemingway.

Fun Fact: James Bond played Pierce Brosnan in Die Another Day skipped his regular Martini and had a Mojito instead. 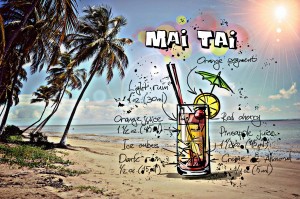 Mixed with rum, Curaçao liqueur, and lime juice this cocktail is often referred to as Paradise in a glass. It rose to prominence in the 1950’s as Tiki culture became more and more popular in the USA. Mai Tai translates to ‘very good’ in Tahitian a fitting name for this taste of the tropics cocktail.‘
Fun Fact: The Mai Tai was prominently featured in the Elvis Presley film Blue Hawaii. What’s good for the king is good for us.

Next time you’re craving a taste of the tropics make sure you order one of the cocktails on the list above. Actually, scratch that and order two!