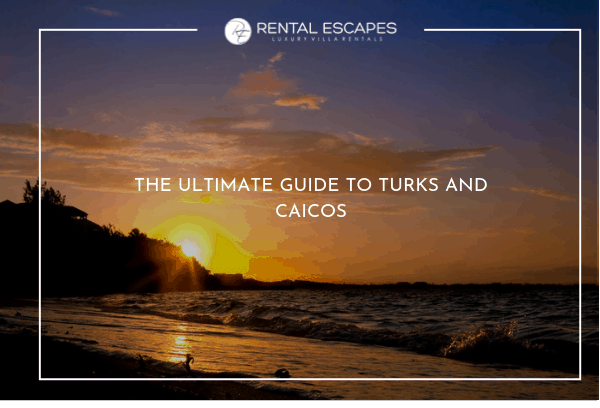 The Ultimate Guide to Turks and Caicos

Boasting 230 miles of white sand shoreline, and some of the world’s largest and most stunning coral reefs, Turks and Caicos is widely considered one of the Caribbean’s best-kept secrets. Hidden at the southern tip of the Bahamian Archipelago, the Turks and Caicos islands are conveniently situated just 90 minutes from Miami, and a short 3-hour flight from NYC. If you’re after majestic beaches beyond compare or waters teeming with colorfully fascinating marine life, expect the best. And, incredibly, you can still find historical villages barely touched by tourism too. The main island of Providenciales (Provo), is wonderfully family-friendly, and the daily pace is relaxed and laidback. Sunny, even temperatures make the islands a year-round destination.

Here’s to making sure you don’t miss out on any of the most exquisite attractions this flourishing destination has to offer.

Turks and Caicos is made up of two main sets of islands—the Caicos Islands and the Turks Islands. They’re split in half by a 22-mile strait known as the Columbus passage, which happens to serve as an important travel route for migrating humpback whales, rays, and turtles. And all the islands (40 in total) are surrounded by one of the most extensive coral reef systems known to man, making them an absolute haven for beach connoisseurs, devoted divers, and snorkeling enthusiasts alike. It’s possible to arrange visits to many of the uninhabited islands too. No matter where you go, you’ll have your pick of the world’s most jaw-dropping beaches. Grace Bay Beach on Provo, for instance, has been famously voted the world’s number one beach many times.

Although dining in Turks and Caicos tends to be a casual affair without fancy dress codes, one of the best things about Turks and Caicos is the cuisine. You’ll have no trouble finding internationally rated fine dining and authentic Caribbean fare alike. Popular local specialties include fresh lobster, conch salad, blackened fish, jerk chicken, and fried plantain. The islands also offer some of the most incredible seafood on earth, including snapper, tuna, and grouper. Conch is an island favorite, and you’ll find many deliciously creative conch dishes at Provo hub Da Conch Shack and Rum Bar.

Golf, and Other Landed Activities

Provo Golf Club, also fondly known as “the jewel in the Turks and Caicos crown” is an 18-hole championship course offering a mind-blowing range of challenging holes with four tee options and unparalleled views across the sprawling green. Oh, and that ocean air, of course. It is has remained among the top 10 courses in the Caribbean for many years. Bonus: golfers commonly spot exciting tropical birds while playing. There are additionally many opportunities for fishing, horseback riding, tennis, cycling, hiking, and exploring national parks—just in case you’re worried about getting bored.

A getaway in paradise awaits you when you book a luxury villa rental in Turks and Caicos. Bon voyage!