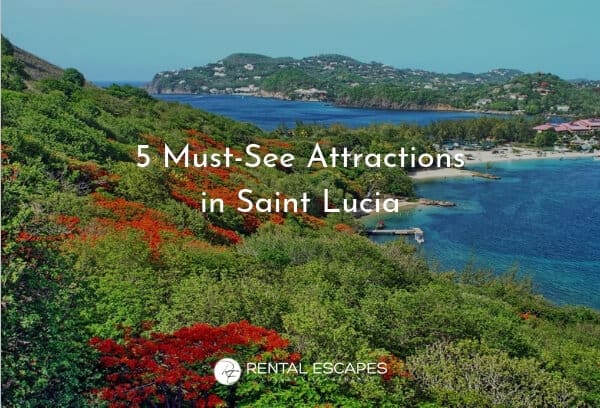 For history buffs with a penchant for the Caribbean islands, St. Lucia is the ideal destination. While the friendly island’s formal institutions are remnants of its European colonial heritage, its vibrant folk culture originates with its African population. Believe it or not, St. Lucia is famous for more than its stunning beaches! It is also known for its historical and cultural attractions: here are 5, just waiting to be discovered by curious travelers!

It’s worth spending a bit of time absorbing views of the island’s beautiful northwest coast from Pigeon Island National Landmark. Pigeon Island is one of Saint Lucia’s most fascinating sites and a favorite among families. In the early 1550s, the pirate Jamb de Bois (meaning ‘wooden leg,’ which he had) used Pigeon Island as an ambush point for passing Spanish ships teeming with South American gold.

Visitors seeking a blast from the past are sure to learn more about the battle between the English and French at Morne Fortune. During the 18th and 19th centuries, the Brits established a naval port in St. Lucia’s capital, Castries, before building fortifications on modern-day Morne Fortune—the mountain that overlooks the harbor. As you approach the top, there’s an overlook that provides a truly stellar view of the city and the coast. And cruise passengers will find they have achieved the perfect vantage point for a compelling picture of their ship moored below!

One of St. Lucia’s most frequented attractions, the Diamond Mineral Baths, built in 1786, is a monumental way to exhale. Located southeast of the town of Soufriere, the Baths were almost destroyed during the local political turmoil that occurred post-French Revolution. The Diamond River flows from the Sulphur Springs volcano, makes it’s way to the mineral baths, and forms no fewer than 6 waterfalls! The water is heated by the volcano and several hot springs and is widely believed to have healing powers. 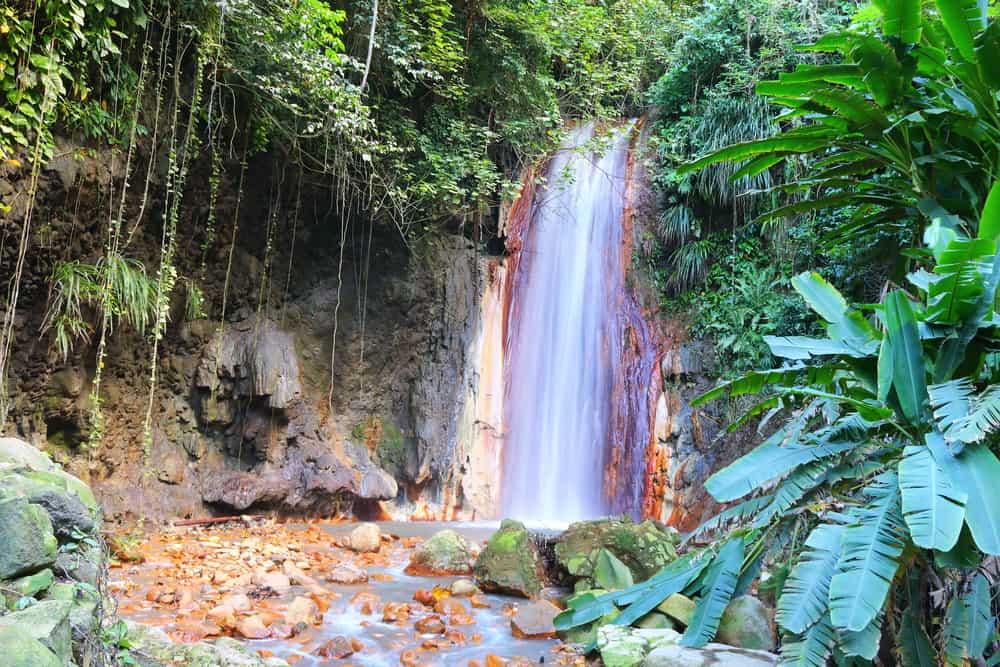 The Maria Islands were declared a Nature Reserve by the Saint Lucian government in 1982. There are 80+ plant species found there; 5 endemic reptile species, including the world’s rarest snake—the Kouwés; rock geckos; and several species of cacti. The Maria islands are situated about a half mile from Pointe Sable on the Southeast coast. Maria Major is 10.1 hectares, and Maria Minor is 1.6 hectares. Bird-lovers take heed: the Islands are also a major nesting site for migratory birds traveling annually from Africa.

Traditionally a pre-Lenten affair, the songs, and performances at St. Lucia’s annual Carnival are an international event. The St. Lucian Carnival, which today portrays social and cultural realities on the island, was first organized after World War II and involved a small group of raggedly dressed youth beating out rhythms on bottles and pieces of steel. Modern-day attendees can expect abundant soca music, sexy costumes, and ceaseless dancing in the hot sun. History-rich staple events include the Calypso Tents, Party Monarch, and Carnival Parade, to name a few.

What are you waiting for? Contact Rental Escapes to book your perfect luxury villa in St. Lucia today!