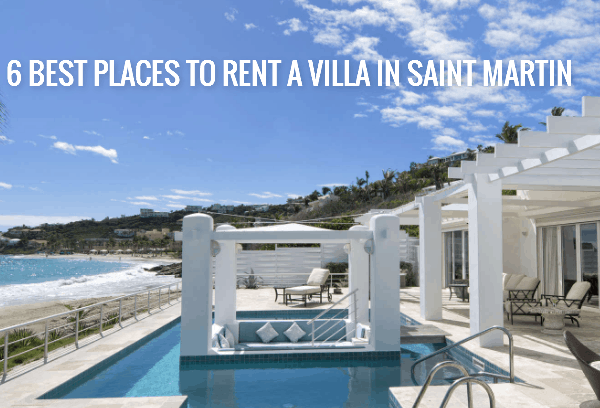 6 Best Places to Rent a Villa in St Martin

St. Martin’s an island with many different sides, and I’m not just talking about the whole French and Dutch thing. Even within that dichotomy, there’s plenty of great areas for you to discover, and though we suggest renting a car so you can explore them all, ultimately you have to choose one to actually stay in. Here’s our guide to finding the perfect place to rent your St. Martin villa:

Terres Basses, or Lowlands in English, is home to some of St. Martin’s finest villas. It’s a gated community on the north eastern side of the island that’s close to Princess Juliana Airport and all the action in Simpson Bay. During the day, though, this calm, relaxing strip of the island is about as far from Simpson Gay as you can get. The beaches – Plum Bay, Baie Rouge, and Baie Longue – are all quiet and family-friendly, and just walking around and enjoying the views and homes is a delight. Because it’s so safe, families with teens will feel absolutely comfortable letting their kids wander off to the beach on their own. Though there are a few nearby French restaurants, you’ll still definitely want a car to explore other parts of the island (including the nearby French capital of Marigot, where you’ll find plenty more great French restaurants), after which you’ll be happy to have your quaint Terres Basses base to return to.

In contrast to Terres Basses, Orient Bay is one of the most exciting places to stay in St. Martin. Think South Beach in Miami or Marbella in Spain – Orient Bay easily has the hippest beach  on the island, with lots of gorgeous people mingling and enjoying it’s decidedly European atmosphere. While the 2 mile strip of beach on the north-east side of the island has some great snorkeling, it’s known more for its restaurant and beach bars, as well as its famous nude beach. If you love boat charters, then Orient Bay’s also a great launching point for visiting nearby Anguilla or St. Barths. Villas can be rented within walking distance to the beach, or uphill in the Jardins D’Orient (Orient Village), a gated community with amazing views (though a car will be required to visit the beach).

Recommended for: Singles looking to mingle; Boat Lovers; Young groups and couples that want to see and be seen

Located on the island’s northernmost tip, Anse Marcel is known for its natural beauty and calm waters. It has some of the best views on the island, with Anguilla offering a familiar point of orientation. The water’s especially calm and shallow as well, making it a great place for kids to splash around, and in general the area has a relaxing, upscale atmosphere that family’s are sure to love.

Recommended for: Retired Couples; Families with Young Children; Anyone looking to get away from it all

Dawn Beach, on the east coast of the Dutch side, is considered by many to be the best beach on the island for snorkeling, and the high number of beachfront villas makes it a great option for just lounging and enjoying the views. It’s also home to the Westin Resort and Casino, a popular night spot. However, be warned that the barrier reefs make it less than ideal for watersports, which is a shame, considering that the beach gets some nice waves, while the rocky floors make water shoes a good idea. Also, the nearby port of Philipsburgh, coupled with Dawn Beach’s great reputation for swimming (assuming you like waves and always wear water shoes, like I do), can lead to crowds when cruise shops dock. Still, many claim that Dawn Beach has the best sunrises on the island, and it remains a popular spot for snorkelers and swimmers alike.

Recommended for: Swimmers; Snorkelers; Sunset Lovers of all ages

Cupecoy’s beaches are quite a bit rockier than its counterparts on the island, with only Mullet Bay providing some sandy respite, but in any case the beach is not the primary reason to stay in Cupecoy. That honor goes to nearby Maho and the rest of Simpson Bay, which is where most of the island’s casinos and nightlife call home, For example, the Sonesta Resort is known for its casino, live music can be enjoyed at the Sopranos Piano Bar and Bamboo Bernies, nightclubs like Tantra, Sky Beach, and Hypnotic keep the party going until late in the night, and bachelor parties have been known to camp out at the Platinum Room. Maho Beach is also where people get those shots of planes landing near their heads on the beach, though be aware that they don’t usually photograph the aftermath, which is comparable to a mild sand storm (it can also get quite crowded when the cruise ships dock too, with people clamoring for their own photo-ops). Just don’t expect too many villas per se; this is condo rental country.

To the south of the island, and moving closer to the Dutch capital of Phillipsburgh, Pelican Key is a great place to stay. It’s popular for its snorkeling and sandy beach, while also being close to the shopping, dining, and entertainment options of Simpson Bay. It has a much more residential feel compared to Maho and Cupecoy, though, making it a great option for those who want to be close to, but not necessarily in the middle of, all the action (making it sort of like the Dutch Terres Basses). It also has its own little hidden gems, like Alexander’s, a restaurant that’s very popular with the locals, and you can get some amazing deals on beachfront villas that you won’t find elsewhere. 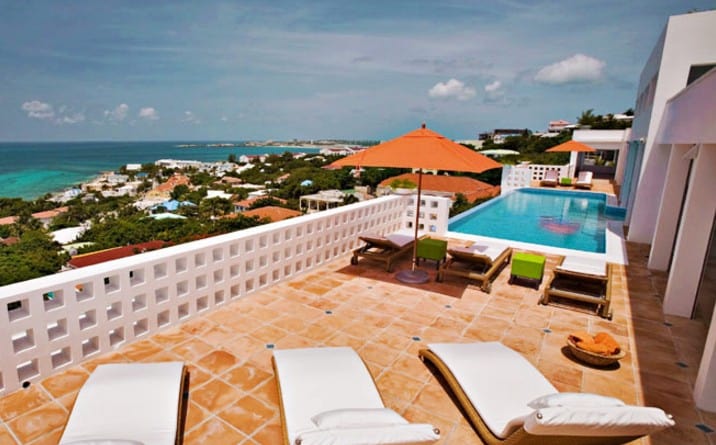 Got Something to Say?

As long as you’re by the water, you’ll generally be OK weherever you rent in St. Martin. Still, we’d love to hear your thoughts on the best places to stay on the island in the comments below. Just remember – what happens in Maho, stays in Maho.